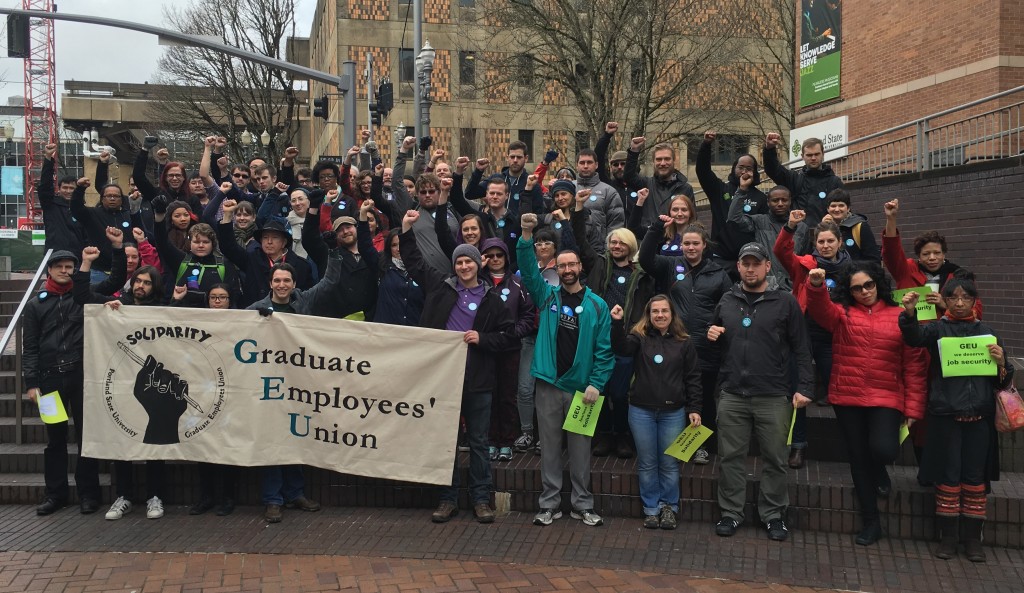 After reading out testimony and a list of demands, workers informed the president that they expect his signature on their letter of agreement by February 15. The president tried to engage workers in a dialogue, but everyone held their ground saying there was nothing to talk about until after the university recognizes and begins bargaining with the union. Chanting, “We’ll be back!”, the workers left the building in unison.

Be sure to stay tuned for more actions and rallies to support these workers!

The Portland IWW will be a part of this panel discussion. Please join us on Thursday, Feb. 26 at Portland State University!

We support the PSU Faculty & Academic Professionals in their fight for a strong student-centered contract.

Petition to support the educators & academic professionals at PSU